Will a 998rs top coolant tank fit a standard 998 without any mods to the bike?

Joined May 8, 2019
·
29 Posts
Ok guys so after a few weeks consideration im going to scrap the idea of 998rs coolant tank on my 998 and go with either the aluminium v2 one or the carbon evr one ..(i just didnt want to change too much).im leaning towards the EVR one..so if any members have the carbon one please let me know what you think of it.
Also (FAB if your watching)...im fitting a 998s cam and a 57mm termi exhaust to my shallow sump 998..i need to know how to get more air into the engine...without changing the tank and front cowling.Ive looked at your above pics and was wondering if you can get more air into the standard airbox,or evr make a larger volume airbox but says it uses the standard air runners?how does that work?I Need some guidance guys.I just need more air in .
Thanks
F

Icing on the cake: the ducati corse "big air box" needs the RS fuel tank and their brackets

my advise: buy an EVR airbox if you want a big airbox, buy large V2 racing ducati corse airtubes, and modify the EVR airbox to fit the air tubes on.
of course the V2 and V3 racing airbubes needs to replace the bike front noze... by a RS one... withoout light
but I seen Corsae grage have one with light cutting to sale.

welcome in the fantastic world of Ducati ! the country where the parts you want don't exist, and you have to make them by yourself

Why you need more air in? Have you already tuned engine to max horsepower and find out it runs out of air?
B

Joined May 8, 2019
·
29 Posts
hi miolta,
No i havnt fitted the cams or exhaust yet...i just wanted to make sure its going to have enough air.
On my 998 s4rs monster i did the same mods on the same engine and had to open up the airbox hole huge to allow the k+n filter to suck enough air...i was wondering if this will need the same sort of mod....you know more air out = more air in sort of thing...the exhaust is going from 45mm to 57mm and 999s cams..im picking its gonna need more air flow? i dont know ive never owned a 998....
B

I am pretty sure that with 999 engine stock intakes and airbox is more than enough for airflow. Maybe some free flow filters, pipercross or some other good brand. 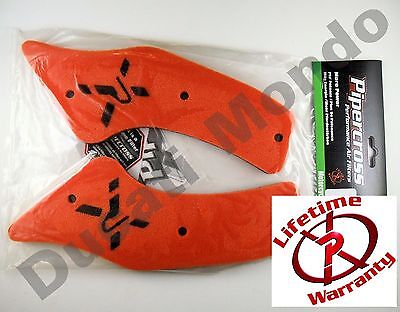