What Bike Are You Lusting For Today?

Joined Nov 23, 2008
·
1,060 Posts
If you ask what Ducati I lust after--This is the only one. --And I dont mean one of the replica's--This one---Because I was at the Isle Of Mann when Mike won on this Bike. I met him & his wife there we talked for about 45 min. Mike was the greatest motorcycle racer of all time-- he would win on anything you put him on. I have his autograph he signed for me at The Isle of Mann & one of my prized possessions is a pair of Mikes boots that he wore at the Island given to me by Pauline.

SO FUN said:
Got the bike I’ve been lusting after! Arrived from Sacramento today.
Click to expand...

I can't lust after just one.

obviously the red and white livery over the yellow and black.

That new Brutale is way cool. I love the new handlebar set up.

Joined 10 mo ago
·
152 Posts
Have to admit if I had the chance (wife’s permit) to add another bike to the stable it would be a BMW Nine-T Scrambler....

To me there’s no better looking bike out there.

fipenna said:
Have to admit if I had the chance (wife’s permit) to add another bike to the stable it would be a BMW Nine-T Scrambler....

To me there’s no better looking bike out there.
Click to expand...

It is good looking.
But I'd be worried about that front suspension.

Hand up, same as me!
Only problem for me is pricetag (taxes are crazy in Croatia) plus constantly opening and closing of mv dealership, proper mechanic shop is non existent. So...
But bike as bike is perfect to look and i hope for ride as well

(below) Minimal, sleek, sexy as hell.


(below) When money and a Hypermotard collide ...

(below) these Kaemna "Demon" race bike kits for 2 valve air cooled Ducatis are really nice. Picture just beneath this one shows the fuel tank, it's been drastically lowered.

Joined 7 d ago
·
22 Posts
Would have to be a Vincent black shadow for me. There’s just something about older bikes that stirs the spirit for me..

Turnip said:
Would have to be a Vincent black shadow for me. There’s just something about older bikes that stirs the spirit for me..
Click to expand...

lol I use to have 3 Vincents--I had a series 1 HRD Rapid, a Black Prince & a Black Shadow. But sold those 30 years ago when the prices went crazy


In this exact color scheme tho. I've seen exactly one in person. It has real presence and I'd love to have one in my small collection.

I don't really lust after too many bikes these days. I've got my 3 biggest objects of motolust already. The rest....well, sure there are a couple of others. Mainly though, just those that will complete the theme of my small collection.

I also already have a pair of GSXRs, one oil boiler and one water cooled. At the far end of the age spectrum, also a 1983 XN85 Turbo.

The SB6, being a GSXR powered bike fits in with the 4 cylinder Suzuki side. The SB8 being TL1000R powered ties the whole thing together.

I find myself wanting the complete my small collection on that theme....however, I still would like a Monster or 2. One original formula and one of the 916-996 powered Monsters just because those would add to the twins side.

If we're going to the point of wishful thinking bikes, ones that there's no way in hell I'd ever manage to get my hands on.....then Mondial Piega.


There really aren't any others I find myself lusting after. Certainly nothing built after around 2005 or so. Maybe an MV Agusta but I'd call that more of a "nice to have" kinda thought rather than abject motolust. Same kinda goes for a Yamaha TRX.
R

The Pantalones Fancie bikes are nice and all ... but this here flicks muh thrillswitch sumthin big time! Gear it to top out around 110mph and it would win every pick slip between Phoenix and Los Angeles! I had a quad ("ATV") with that same engine ... acceleration beast. This would be just right for hot rodding around. 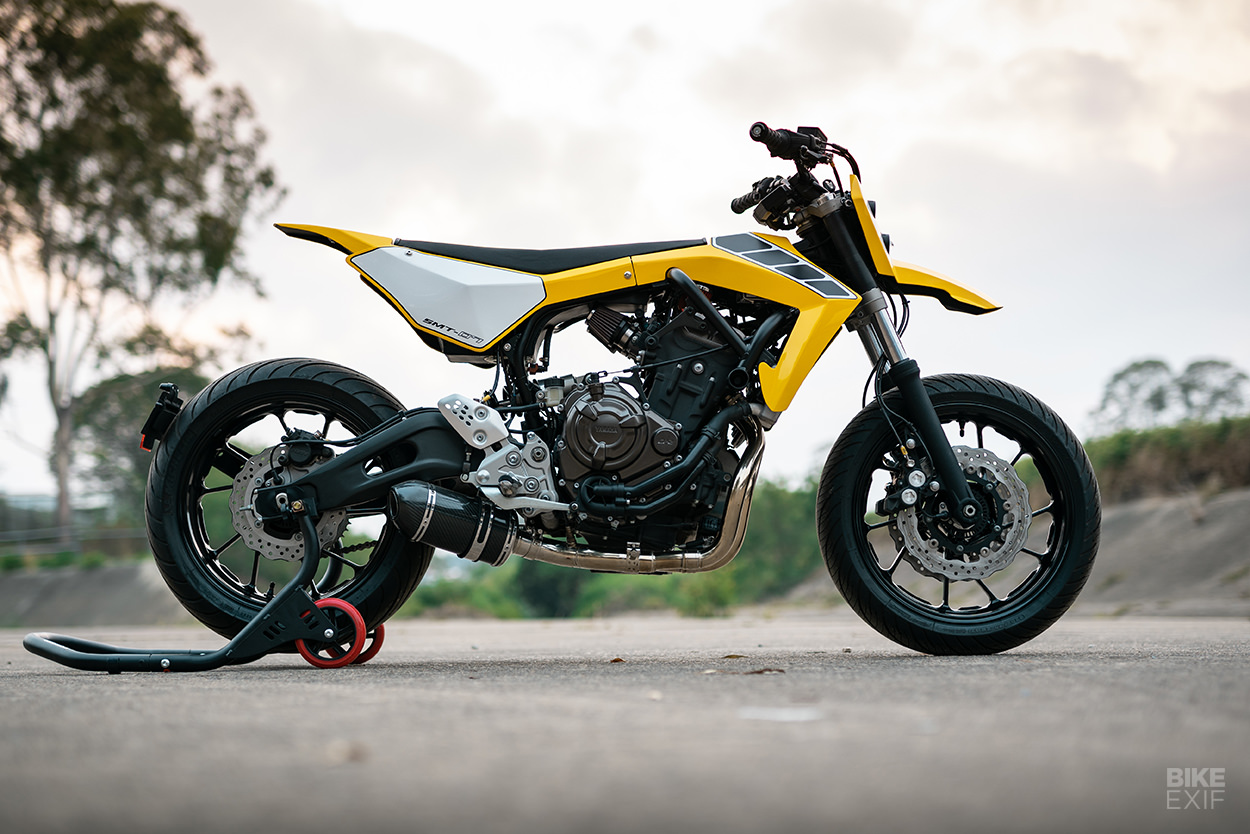 A Yamaha MT-07 with a supermoto vibe