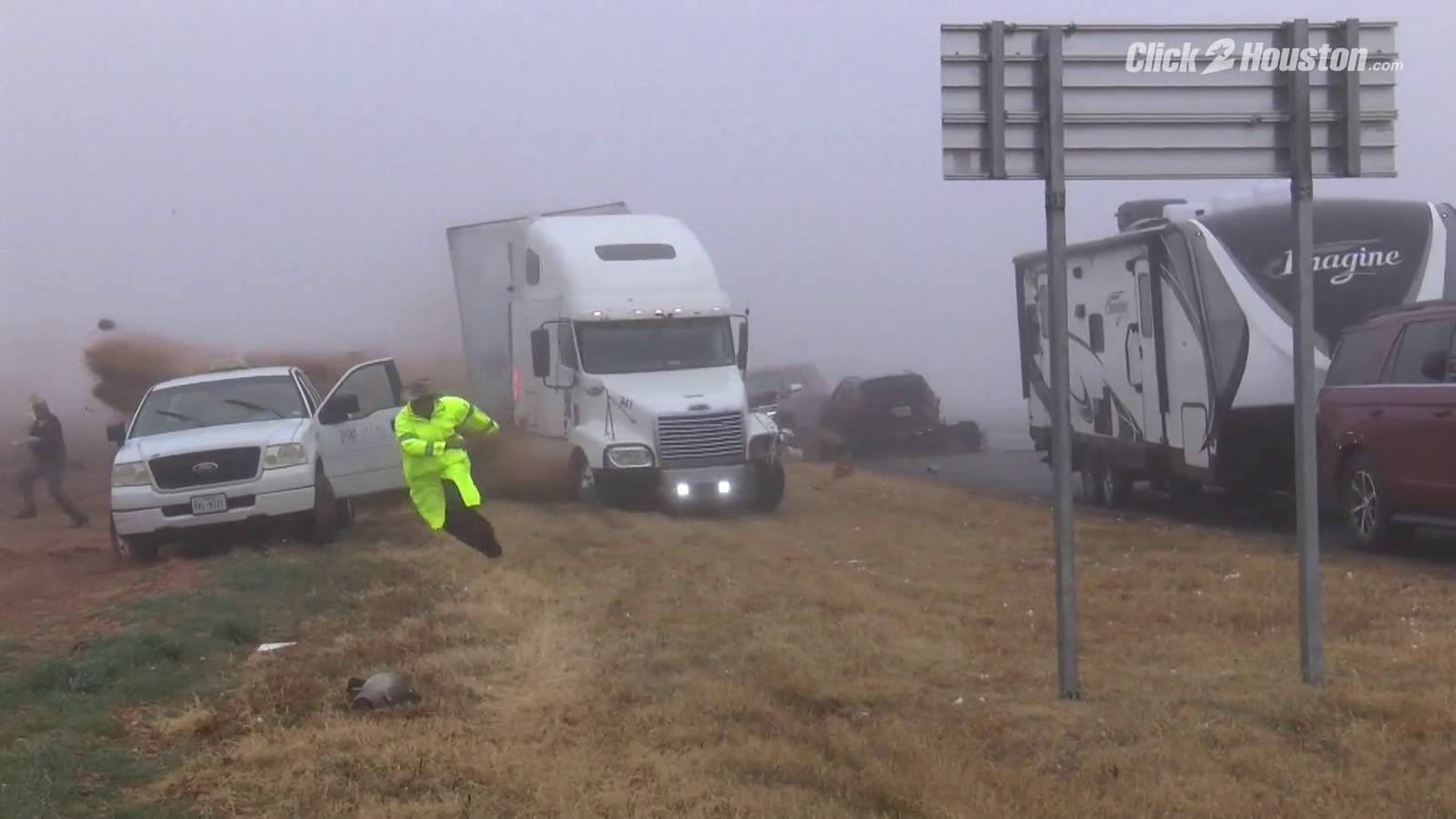 A semi-truck was involved in a major pileup along Highway 84 in Lubbock County, Texas Friday and it was all captured on camera.

www.click2houston.com
► Show Full Signature
2007 GT1000
Semantics is the difference between "knowing your shit" and "knowing you're shit."

Joined Jul 25, 2017
·
86 Posts
These little fellas definitely prefer trees to earth.
It's hot and dry all over the country at the moment and our wildlife is really feeling it.

A desperate koala suffering through the soaring temperatures in South Australia approached a group of cyclists to drink from a water bottle.

Sent from my SM-G960F using Tapatalk

A semi-truck was involved in a major pileup along Highway 84 in Lubbock County, Texas Friday and it was all captured on camera.

Holy CRAP! Sad that there was an injured trooper but it could have taken out a whole lot more folks.
► Show Full Signature
Scott
Sacramento CA


Some of the most asinine things people do are typically preceded by the two words "Watch this."
D

Joined Nov 24, 2006
·
7,168 Posts
Friend sent this to me. Can't say for certain that it's ball true but it sure as hell sounds like it could be!
---------------------
JFK'S Secretary of State, Dean Rusk, was in France in the early 60's when DeGaulle decided to pull out of NATO. DeGaulle said he wanted all US military out of France as soon as possible. Rusk responded, "Does that include those who are buried here?"
DeGaulle did not respond. You could have heard a pin drop.
When in England, at a fairly large conference, Colin Powell was asked by the Archbishop of Canterbury if our plans for Iraq were just an example of 'empire building' by George Bush.
He answered by saying, "Over the years, the United States has sent many of Its fine young men and women into great peril to fight for freedom beyond our borders. The only amount of land we have ever asked for In return is enough to bury those that did not
return."
You could have heard a pin drop.
There was a conference in France where a number of international engineers were taking part, including French and American. During a break, One of the French engineers came back into the room saying, "Have you heard the latest dumb stunt Bush has done? He has sent an aircraft carrier to Indonesia to help the tsunami victims. What does he intend to do, bomb them?" A Boeing engineer stood up and replied quietly: "Our carriers have three hospitals on board that can treat several hundred people; they are nuclear powered and can supply emergency electrical power to
shore facilities; they have three cafeterias with the capacity to feed 3,000 people three meals a day, they can produce several thousand gallons of fresh water from sea water each day, and they carry half a dozen helicopters for use in transporting victims and injured to and from their flight deck. We have eleven such ships. How many does France have?"
You Could have heard a pin drop.
A U.S. Navy admiral was attending a naval conference that included admirals from the U.S., English, Canadian, Australian and French
navies at a cocktail reception. He found himself standing with a large group of officers that included personnel from most of those countries. Everyone was chatting away in English as they sipped their drinks when a
French admiral suddenly complained that, whereas Europeans learn many languages, Americans learn only English. He then asked, "Why is it that we always have to speak English in these conferences rather than
speaking French?" Without hesitating, the American admiral replied, "Maybe it's because the Brit's, Canadians, Aussie's and Americans arranged it so you wouldn't have to speak German."
You could have heard a pin drop.
AND THIS STORY FITS RIGHT IN WITH THE ABOVE...
Robert Whiting, an elderly gentleman of 83, arrived in Paris by plane. At French customs, he took a few minutes to locate his passport in his carry on. "You have been to France before, monsieur?" the customs officer asked
sarcastically. Mr. Whiting admitted that he had been to France previously. "Then you should know enough to have your passport ready." The American said, "The last time I was here, I didn't have to show it." "Impossible. Americans always have to show their passports on arrival in France !" The American senior gave the Frenchman a long hard look. Then he quietly explained, ''Well, when I came ashore at Omaha Beach on D-Day in 1944 to help liberate this country, I couldn't find a single Frenchmen to show a passport to."
You could have heard a pin drop.
If You are proud to be an American, pass this on! If not, delete it. I am proud to be an American!
► Show Full Signature
2007 GT1000
Semantics is the difference between "knowing your shit" and "knowing you're shit." 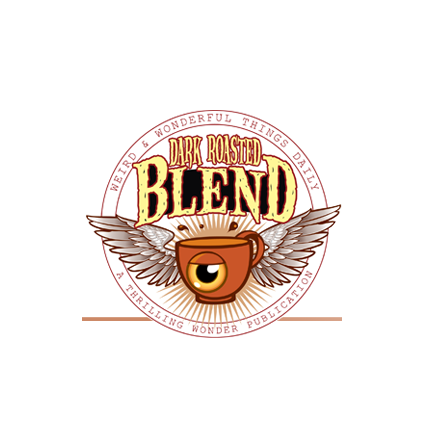 Dark Roasted Blend: Most Radical Car Movie of All Time

Dark Roasted Blend: Most Radical Car Movie of All Time

Lelouch confessed to being the driver: "Of course. People were exhilarated by the action but morally outraged by the method. I can't say I blame them. It was my film, and I was fully prepared to take the risks." He was also arrested for his exploits. "They took a look at the film, and the chief of police called me in;" Lelouch recounted. "He read me a list of all the offenses I'd committed. It was never-ending. When he finished, he gave me a black look and asked for my driver's license. He contemplated it for a few moments, then gave it back with a large smile on his face. He said, "I promised I would take your license, but I didn't say for how long." I was stupefied. It was a symbolic punishment. Then he added, 'My children love your little film.'"
► Show Full Signature
Scott
Sacramento CA


Some of the most asinine things people do are typically preceded by the two words "Watch this."
R

I think this could be a nice post in the Chit Chat section. Some excellent videography in this release.
► Show Full Signature
Scott
Sacramento CA 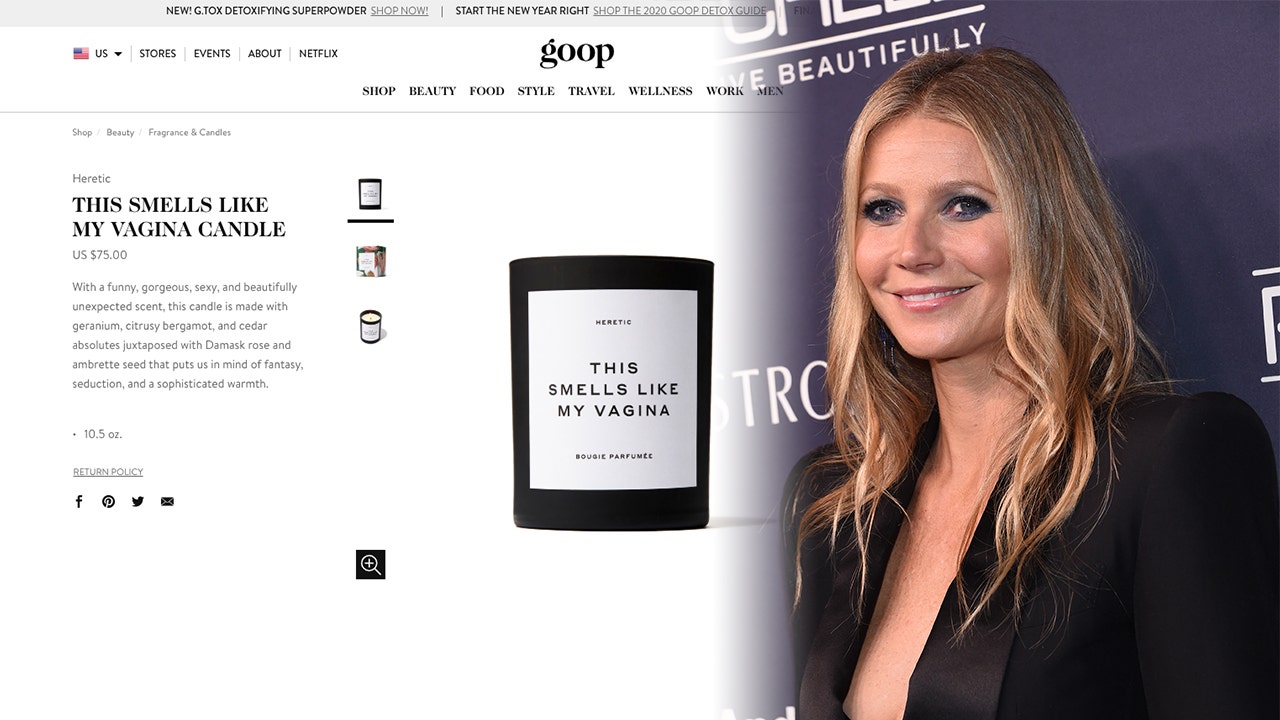 Gwyneth Paltrow's Goop is selling a vagina-scented candle, and it's already sold out

Dont know why they call it Hamburger Helper, stuff does just fine by itself.........

Gwyneth Paltrow's Goop is selling a vagina-scented candle, and it's already sold out

The actor, who played sidekick Robin in the 1960s television series, said the network sent him to a doctor after receiving complaints about his bulge.

I would'nt admit to it, dumbass.
► Show Full Signature
ACME Test Pilot, ACME Race Team Primary Rider. NO wins, many, many losses..........Usually due to an anvil or piano crossing my path. Falls from cliffs slow me down a bit too.

Dont know why they call it Hamburger Helper, stuff does just fine by itself.........
R


Some of the most asinine things people do are typically preceded by the two words "Watch this."
R

I think @Rainman would find this funny so paging Rainman...
Click to expand...