I am planning to attend the USA Grand Prix this year.
There is another thread about this subject but it is almost 3 years old, and I'd like to know about your experiences from last year and the year before that.

It will be my first Grand Prix ever and I plan to bring my oldest son (adult) with me.
I am not considering VIP tickets over $1000 for now but I'd like to have a nice overall experience from Friday (or Saturday) to Sunday.

Is Ducati island really worth it, considering that I am not arriving on my bike?
Is the Flex pass a lot better than Grandstand tickets?
If I decide to go for Grandstand tickets, which turn/section would be the best?
Would general admission tickets be a bad choice? I like the idea of being capable to move around, but I assume that any seats would be off-limits with this kind of ticket.
Am I required to buy food and drinks inside, or can I bring in a cooler with goodies?

Joined Mar 20, 2008
·
905 Posts
The Ducati package is not worth it in my opinion since they moved Ducati "Island" to the area next to the main grandstands and included main grandstand seating. The worst seats at the track are the main grandstand seats in my opinion. Ducati Island is open to everyone and anyone, and all the amenities of the Island are open to anyone who can prove Ducati ownership (bring a key or registration), but you don't get the Ducati goodie bag or motorcycle parking, unless you buy the Ducati Island ticket.

The best grandstand seats are in the turn 15 grandstands and the eastern end of the turn 12 grandstands (where Ducati Island seats used to be). In both grandstands, sitting lower gets you closer to the action in the turns in front of you, higher up in the stands gets you a better view of the rest of track making it possible to follow more of the race. The best ticket value is general admission which generally sells out. The area between turns 3 to 10 has lots of good places to sit without being in a grandstand and there are other places to sit around the track which are good places to watch from. The turn 15 grandstands are the most centrally located and provide the easiest access to food and drink as well as the vendors, exhibitors and restrooms.

I've always ridden to the track, so I don't know what limits if any exist on what you can bring in the track. I don't think there are any, but don't know for sure.

If you're going to Austin consider also attending the Aprilia party at AF1 and the Ducati party at Ducati Austin and the Handbuilt Motorcycle Show.
P

Joined Jul 22, 2010
·
58 Posts
I always get GA tickets, many vantage points are available from the lawns. If you do get seats, Turn 15 is the place to get them because it is the only place where there is no GA vantage point. Definitely bring along a small camp chair or blanket though, Texas isn't known for lush grass or very predictable weather in spring time.

No coolers but we have brought food and water bottles in before.
► Show Full Signature
9 Bikes, 1 Duck

Joined Oct 4, 2009
·
98 Posts
We did COTA last year and I did the Ducati Island thing. It was ok, the viewing isn't amazing, but it was nice parking that close to the track. Probably the neatest thing was that it was inside the gates so Saturday we managed to make it to the track between the really early bad weather and the later weather but they still had the main gates closed. We could walk around inside for about an hour or so with only the vendors there, no crowds at all. Of course that's random luck there, haha.

I will be posting on this thread about the whole experience so that other newbies like me can know what to expect.
► Show Full Signature
Jorge
Hypermotard 1100S Click here; GT1000 Click here; Classic Taldea Desmodue 1000 Build Project In Progress
C

Joined Feb 11, 2010
·
114 Posts
I've signed up for the Ducati package with the parade lap. The wife is afraid it will be at race speed and doesn't want to ride pillion. I assured her it will be pretty slow but does anyone know the actual pace? I assume they have a leader that sets the pace.
► Show Full Signature
2007 ST3
2009 Suzuki DR650

Craig in Texas said:
I've signed up for the Ducati package with the parade lap. The wife is afraid it will be at race speed and doesn't want to ride pillion. I assured her it will be pretty slow but does anyone know the actual pace? I assume they have a leader that sets the pace.
Click to expand...

Slow. It is hard to exceed 60 mph. The leader keeps people behind them and they have sweep guys to prevent people from dropping back to get space for higher speeds. The biggest risk is that people are relatively close and some people take some interesting lines or ride erratically. I always ride at the back to stay away from idiocy.

Where did you read about it?
Click to expand...

Shift-tech got the news out, will be announced officially tomorrow. 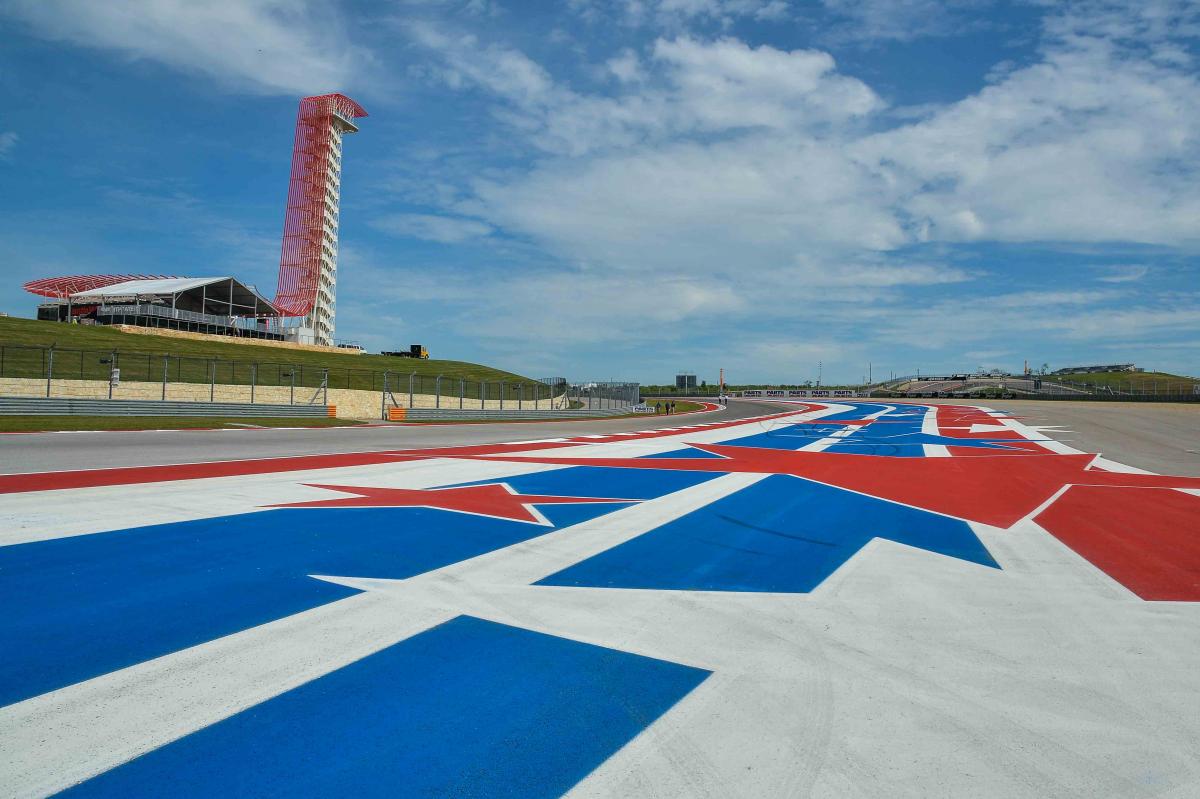 Red Bull Grand Prix of the Americas rescheduled for November

Due to the ongoing coronavirus outbreak, the Americas GP has been postponed

Red Bull Grand Prix of the Americas rescheduled for November

Due to the ongoing coronavirus outbreak, the Americas GP has been postponed

Joined 11 d ago
·
13 Posts
Honestly, I wish they would move it to November permanently. It often rains in April in the Austin area, which sort of takes the fun out of it. Better to have it later in the year.

Hopefully, I'll be there this year.
► Show Full Signature
"You are right, I have always known about man. From the evidence, I believe his wisdom must walk hand and hand with his idiocy. His emotions must rule his brain. He must be a warlike creature who gives battle to everything around him, even himself." -- Dr. Zaius
1 - 18 of 18 Posts
Join the discussion
Continue with Facebook
Continue with Google
or sign up with email
Recommended Reading
Read More
Read More
About this Discussion
17 Replies
12 Participants
Last post:
Dr Zaius 11 d ago
Ducati.ms - The Ultimate Ducati Forum
A forum community dedicated to all Ducati owners and enthusiasts. Come join the discussion about performance, modifications, troubleshooting, superbike racing, maintenance, and more!
Full Forum Listing
Explore Our Forums
Superbikes Sport Classic Ducati Motorcycle Chat Chit Chat Multistrada
Popular Communities