there are NO keys!

What’s required to replace parts to get it back to go time?

Thanks !
► Show Full Signature
If I Cared Any Less... You Could Cover Me With Dirt.
J 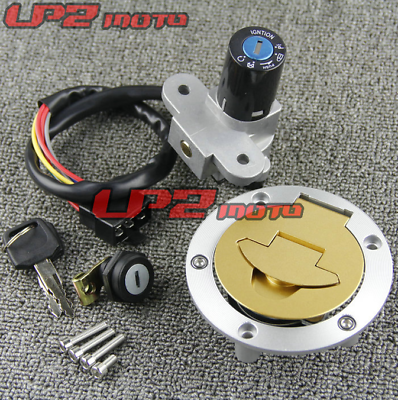 Joined Dec 27, 2007
·
4,019 Posts
What year bike?
I usually can start them with a jumper wire, getting fuel in is harder.
► Show Full Signature
https://www.instagram.com/clubhouse_motorsports/
R

rennsportmotorrad said:
Or a good locksmith can impression a key for you
Click to expand...

So 99 doesn’t have a “chip” in the key?
► Show Full Signature
If I Cared Any Less... You Could Cover Me With Dirt.

ducvet said:
NO chip in a 99. keyless gas cap and a toggle switch and you are a racer.
Click to expand...

Joined Dec 27, 2007
·
4,019 Posts
Same lock set used on most Ducati's of the day.
851-916-748-monster-st-supersport. Stay in the 90's and you are pretty safe. Seat latch will need the rumbler swap probably if from different style bikes IIRC
► Show Full Signature
https://www.instagram.com/clubhouse_motorsports/
G

Joined Dec 17, 2007
·
5,249 Posts
You will then have the issue of how to get the gas tank cap out.
There are screws under the cap that can only be removed with the cap open.
Seat lock will be similar issue as the seat needs to be removed to get to it and that can only happen if you can unlock seat. Catch 22
Personally I would be calling a locksmith or take it to some dodgy neighbourhood and have someone pick the seat lock, so you can then take it to a locksmith with Ducati key blanks!
► Show Full Signature
Richard Collins - 2001 900SSie Responding to suggested solutions helps others in the same boat!

Its the cost that is so stunning here!
All that for a tadge over $50?
Is it any good?
I swapped mine for a second hand set however only wanted the fuel cap and swapped the tumblers ( Keys worked just the fuel cap seal had perished)
Not sure I paid much less than this!
R

Joined Dec 27, 2007
·
4,019 Posts
There are often take off sets from race bike,salvage or custom builds. if just the lock set they should be had for short money on these models as it is a pre immobilizer bike.
► Show Full Signature
https://www.instagram.com/clubhouse_motorsports/
J

rspete said:
Its the cost that is so stunning here!
All that for a tadge over $50?
Is it any good?
I swapped mine for a second hand set however only wanted the fuel cap and swapped the tumblers ( Keys worked just the fuel cap seal had perished)
Not sure I paid much less than this!
Click to expand...

When I got the bike, it was missing the rear seat latch key cylinder (the PO told me that it just popped off). And annoyingly, the ignition cylinder was really worn out that it took a great bit of fettling to turn on or off the ignition (it wasn't the key, one of them was new). So I searched, and for life of me, I could not find the complete matching OEM set, so this is what I found and decided to use. One thing though - I wanted to keep the Elephant on the fuel cap, so I had it keyed to fit the new key. It works fine, really. Quality-wise? Honestly, I'm not sure which is worse, the 90s Italian, or the 21st century Chinese. I took the Chinese fuel filler apart side by side with the original (was trying to swap the barrel, didn't work, has slightly different design), and neither looked to be better nor worse than the other.
G

Joined Jun 7, 2008
·
14 Posts
Thanks for all the great info Guys ! I bought the bike this AM , have it home tomorrow evening! Low speed dirt crash , purely cosmetic , original owner , "race" eco and Ducati "performance"cans , original cans and eco come with. Be patient with me there will be plenty of questions!
► Show Full Signature
If I Cared Any Less... You Could Cover Me With Dirt.

there are NO keys!

What’s required to replace parts to get it back to go time?

I have the very same bike and had the very same problem. I ordered a kit with all three (gas cap, ignition switch and storage lock with matching key). the storage lock cylinder did not match so I put the new tumblers in the old lock cylinder to match the new key, something I have done many times in the auto industry. If this happens to you and you do not fell comfortable doing this take both the old and new one to any lock smith and ask them to "re-code" the cylinder, they will know what you mean! PS: I paid about $65 for the kit.
1 - 19 of 19 Posts
Join the discussion
Continue with Facebook
Continue with Google
or sign up with email
Recommended Reading
Read More
Read More
About this Discussion
18 Replies
7 Participants
Last post:
floodjh 11 d ago
Ducati.ms - The Ultimate Ducati Forum
A forum community dedicated to all Ducati owners and enthusiasts. Come join the discussion about performance, modifications, troubleshooting, superbike racing, maintenance, and more!
Full Forum Listing
Explore Our Forums
Superbikes Sport Classic Ducati Motorcycle Chat Chit Chat Multistrada
Popular Communities